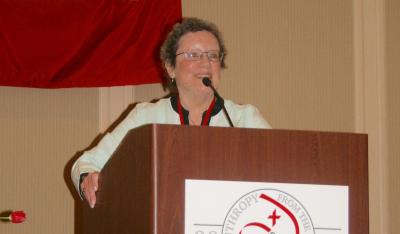 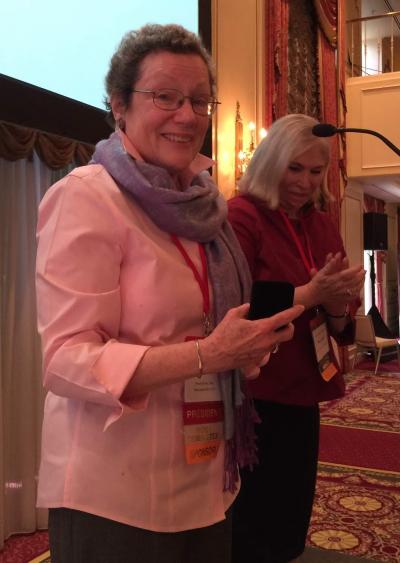 Alice J. Burns (Prince Street 1966, Manhattanville 1970), former AASH President, passed away Monday, July 15. Alice was AASH President during the 2013-2015 Biennium. She served AASH as Eastern Regional Director (2007-2011) and Vice President (2011-2013). Along the way, she helped launch a web site for Prince Street alumnae and assisted in establishing the Southeast Massachusetts, Cape Cod and the Islands AASH. She served on Manhattanville’s Alumni Board from 1994 to 2002, and was the recipient of Manhattanville’s Distinguished Alumni Award in 1995.

Her family has planned a memorial service for Alice on the Feast of Mater Admirabilis (details below).

Alice died at home July 15, 2019 after a valiant battle with cancer. She was that rare presence who strove to make things better for everyone around her, a hallmark of the Sacred Heart education she received at the Academy of the Sacred Heart Prince Street, Rochester, NY, and Manhattanville College of the Sacred Heart, Purchase, NY. Among her many works in the city where she was born in 1948 and to which she returned in 1977, Alice opened Project Find across the street from the Port Authority in the early ’80s, befriending and drafting every policeman in the neighborhood in a cooperative effort to provide the homeless with a safe haven from the streets in this first-of-its-kind government-funded coffee house. In 1982, at the forefront of the city’s AIDS movement, she helped to found the Momentum AIDS Project at the Jazz Church at Saint Peter’s to locate housing and medical help on behalf of those affected by AIDS, supplying a weekly dinner and groceries largely through the graces of the Theatre Row / Restaurant Row restaurateurs whom Alice had served as a loan officer at Citibank. And on behalf of Holy Cross Church in Hell’s Kitchen, Alice turned her own kitchen into Thanksgiving Central cooking and delivering complete turkey dinners to the parish’s many shut-ins for a decade in the mid-’80s with the help of her large coterie of friends. In 1991, she and her sister Mary volunteered for the Cornell-Weill Pediatrics AIDS Respite Program, spending four years helping the grandparents of twin boys affected by AIDS. In 1994, she and Mary rode together in the inaugural fund-raising Boston-To-New-York AIDS Ride.

In the late ’70s, Alice broke the glass ceiling by becoming the first female driver of Central Park’s famed hansom cabs. She then spent the majority of her career in banking and real estate with Citibank during the 1980s rejuvenation of New York’s Hell’s Kitchen neighborhood as the governor and mayor swept the pornography industry out and the new Off-Off-Broadway theatre district in, then moving to Citibank’s Seaport branch to similarly transform that neighborhood. For many years, she served on the board of the Associated Alumnae / Alumni of the Sacred Heart, serving as president from 2013 - 2015. In the early 2000s she followed her partner to Cape Cod, coming full-circle back to social work by supporting the nurses and families at Caregiver Homes of Massachusetts, and she became an avid member of the “eclectic book club of Harwich,” whose fellow members were a bedrock for her during her long illness. She was equally blessed with a dedicated team of home health aides who made the last year of her life manageable as, in her own words, she was in training to die.

Alice is predeceased by her parents, Robert A. and Alice D. Burns, and her partner of thirty years, Deborah Skinner. She is survived by her brothers John of South Dennis, MA; Peter of Alamogordo, N.M.; and by her sisters Julie B. Doll and husband David of Barnstable, MA; Mary Burns of New York City, and her partner Andrea Stern; and Sarah Blume and husband Carl of Newton, MA.; and several nieces, nephews, great-nieces and great-nephews.