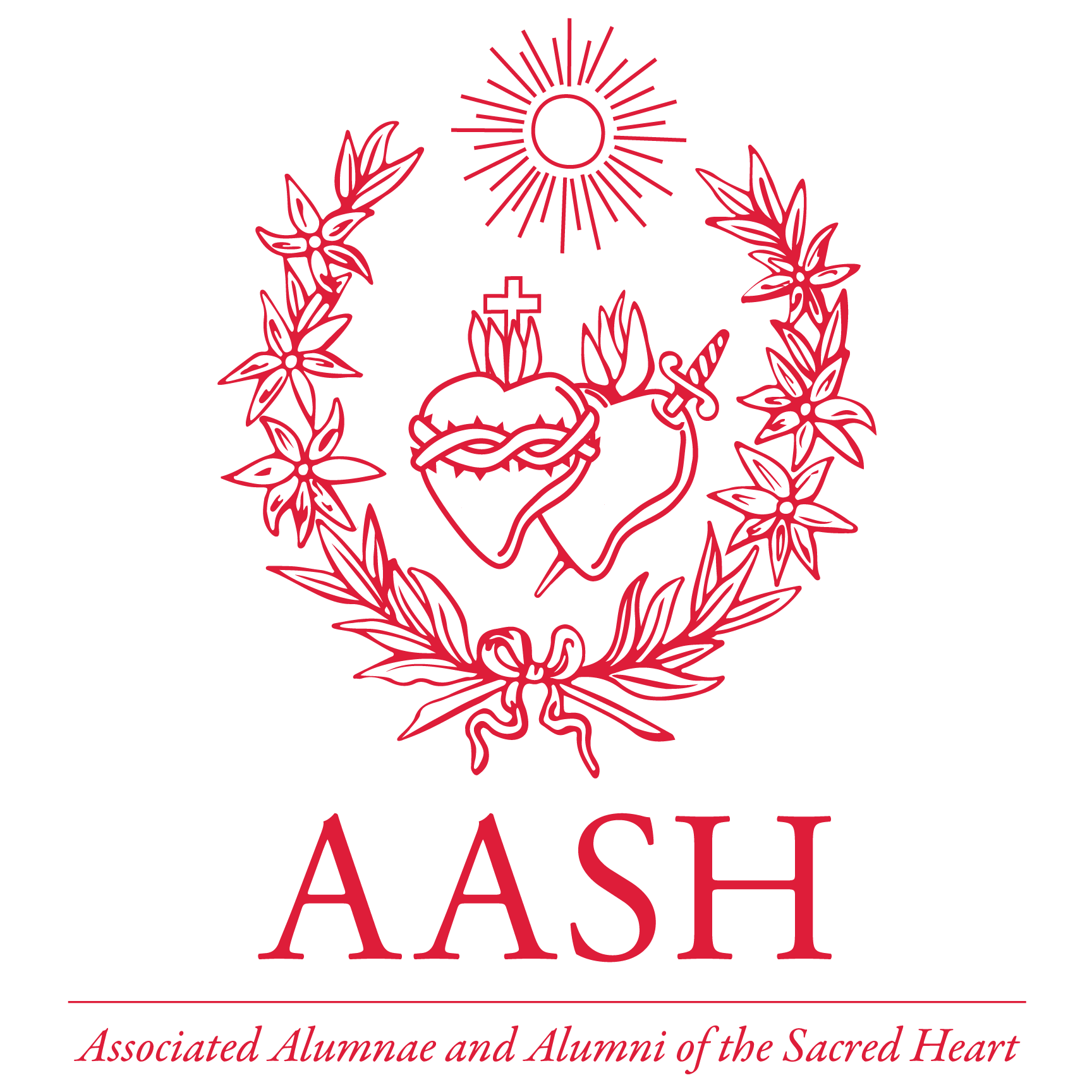 Information and language for making a bequest to AASH and joining the AASH Legacy Society.

To bequeath a specific amount:

"I give, devise, and bequeath to the Associated Alumnae/i of the Sacred Heart, a nonprofit corporation located in St. Louis County, Missouri, the sum of $_________ for use in (indicate “endowment” or “general purposes”).

To bequeath a percentage:

"I give, devise, and bequeath to the Associated Alumnae/i of the Sacred Heart, a nonprofit corporation located in St. Louis County, Missouri, ____ percent of my residual estate, both real and personal, for use in (indicate “endowment” or "general purposes").

AASH recognizes members of the AASH Legacy Society in the annual report published every September in the Esprit de Coeur magazine. If the donor is willing, we would love to run a photo and brief bio of them in the Esprit and publicly thank them when the gift is first planned. In the following years, they will be noted in a special list of AASH Legacy Society members in the annual report. A complete profile/obituary along with photos will be run in the Esprit and posted on AASH’s social media when we receive the gift. Legacy Society members should feel free to send high-resolution photos they would like to be included in the magazine.

The Associated Alumnae and Alumni of the Sacred Heart (AASH) was created as a way to unite all children of the Sacred Heart, and to further the work of the Religious of the Society of the Sacred Heart (RSCJ). Sarah Chambers Polk, a Maryville College alumna, developed the idea of a group of alumnae from every school in the country in 1930.  Fittingly, she was elected the new association’s first president at its inaugural meeting in 1933 in Saint Louis, Missouri. Nearly 80 years later, AASH is comprised of more than 40,000 women and men educated in Sacred Heart schools and divided among 45 member associations located in 26 states and British Columbia.

The Associated Alumnae and Alumni of the Sacred Heart (AASH) is a non- profit organization of all alumnae and alumni of present and former schools and colleges directly associated with the Religious of the Sacred Heart in the United States and parts of Canada. The purpose of AASH is to foster a spirit of unity and ongoing communication among alumnae and alumni and their respective associations throughout this nation and the world. AASH supports and promotes the Network of Sacred Heart Schools and other ministries served by the Society of the Sacred Heart. AASH commits itself to nurturing in its members dedication to faith development, intellectual values, respect for personal integrity, community and social service, and the unique philosophy of life that is rooted in the Christian vision of St. Madeleine Sophie Barat.